To John Walworth and his companions who traced the boundaries of their parish that June day in 1481, the practices of their religious life and the faith that sustained these must have seemed quite immutable. However only some fifty years later a process began which changed both faith and practice utterly. A national church was established in England with new forms of worship and new articles of belief. 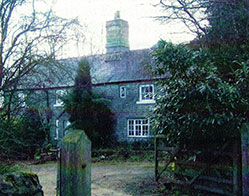 The introduction of this new state-controlled religion was a gradual process. For a while the life of the Minster continued much as always but the imposition of the reformed religion continued. If we wished to choose a significant date when the old medieval Catholic parish of Ripon ceased to exist we might well select the year 1547. In that year the collegiate church of St. Peter and St. Wilfrid was dissolved. Its revenues were confiscated by the Crown and allocated to the Duchy of Lancaster. For the next fifty years only a handful of staff remained to care for the pastoral needs of this vast parish.

Those who directed the reform movement required complete conformity; freedom of worship was not an option. The monarch was now head of the Anglican church, but as one writer remarked,  behind the royal head stood the royal headsman. The window in St. Joseph’s church dedicated to St. John Fisher and St. Thomas More reminds one of the consequences of opposition. Yet there were those who voiced dissent. Even the remaining clergy of the former Collegiate church were reluctant to embrace the new doctrines. In 1550 the government had ordered that all altars throughout the kingdom should be pulled down and destroyed. Even so in 1567, some seventeen years after this instruction, a number of the clergy in Ripon were accused of concealing various stones and ornaments of the old altars instead of removing them altogether. It was also said that one night they removed from the Minster, ‘all the images and other trumperie’, hiding them in some place unknown. Clearly a number of townsfolk of Ripon assisted in this enterprise. A search was made in the town and remains of images and ornaments from the old collegiate church were found and destroyed.

The Rising of the North 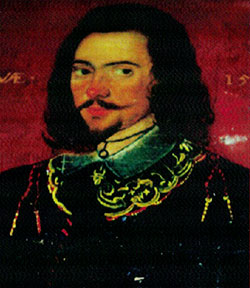 In the North of England resentment against the religions changes came to a head in November, 1569 with the ‘Rising of the North’. The rebel forces occupied Durham and also Ripon, where Mass was once more celebrated in the Minster. A comtemporary report to the government, speaking of the situation in the North, stated that ‘There are not ten gentlemen in all this country that favour the Queen’s proceedings in matters of religion’. Despite this the rising was doomed. It was begun in haste, poorly led, lacked efficient planning and quickly collapsed. The leaders, including the Markenfields of Markenfield Hall, were either captured and executed or fled abroad. On the Queen’s orders severe retribution was visited also on the rank and file who had taken part. In January, 1570, Sir George Bowes, the Provost Marshall in charge of executions, received his orders. ‘I would have you make the examples great in Ripon and Tadcaster’, wrote the Earl of Sussex, President of the Council of the North. Sir George Bowes estimated that in the area as a whole over 600 people were executed. The lesson was severe but resistance to the reformed religion continued in the old parish of Ripon Minster. Archbishop Sandys of York, (1577-88), remarked of Nidderdale recusants ‘A more stiff necked and wilful obstinate people did I ever know or hear of’.

Recusancy in the later 16th century

Little is known of the priests who minstered to the recusant community in this area in the second half of the sixteenth century. The most familiar to us is perhaps the Blessed Francis Ingleby of the Ripley family. He studied at the English College, then in Rheims, and was ordained in December 1583. After a very short pastorate he was arrested while leaving York and martyred on the Knavesmire on 7 June, 1586. Fr. Peter Snow was another local ‘seminary priest’, the son of a former Wakemann of Ripon. Ordained in 1591, he returned to England immediately. He evaded capture for some seven years but in June, 1598, he was arrested with his companion, Ralph Grimston of Nidd, as they travelled to York and were later executed. Another priest, Fr. Rober Middleton, was captured at a house in Ripon at Christmas, 1599. Although imprisoned in York, he managed to escape but was later caught once more, this time near Preston, and was executed at Lancaster. 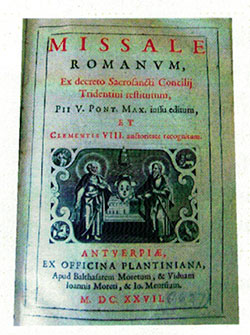 There were laity too in the old Minster parish who continued to refuse allegiance to the reformed religion. Marmaduke Ward, one of the local recusant gentry, had estates to the east of Ripon in Givendale, Newby and Mulwith. To avoid fines of increasing severity he moved from one house to another and from district to district. His daughter, Mary Ward, the Sisters of whose new community would found the Bar Convent in York, was born at the family home in Mulwith in 1585. She too shared in the family’s unsettled life. Her early teens found her staying with her cousin, Katherine Ardington of Harewell Hall, between Dacre and Glasshouses. Mary made her First Holy Communion at Harewell at thirteen, a not-uncommon age in those days.

The search for Catholic recusants continued. In 1580-82 sixty-eight recusant families were discovered in the Liberty of Ripon. Between 1590 and 1595 a total of 185 persons were presented to the authorities for refusal to accept the reformed religion. With the accession of King James I in 1603 Catholics may have hoped for more lenient treatment, but this was not to be. A survey of Catholic recusants carried out in 1604 illustrates how they came from all classes. In Ripon there was ‘Jefferson, a poor widow’, and Henry Warwick, a maker of spurs. Ralph Bourne was a husbandman from Sharrow and William Askwith a yeoman from Sawley. Bishop Thornton was well represented. William Walworth and his wife were listed, with Edmond Ledgrard, a glover, Henry Shaw, a tailor, and William Aire, a labourer.

Continuing recusancy in the 17th century

Searches for recusants continued throughout the 17th century. In 1619 there were found to be thirty-five in Ripon and twenty-one in Bishop Thornton. A further search took place in 1633 when thirty-five recusants were discovered in Bishop Thornton, including Peter and Thomas Ingleby. Towards the end of the century Sir Solomon Swale of South Stainley is listed as a recusant with one hundred and fifty seven other persons.

Priests continued to work in the area. At the beginning of the new century a further number of them suffered martyrdom at York. In March, 1602 Fr. James Harrison was captured in the upper part of Nidderdale and was executed later that month. Another priest, Fr. Christopher Wharton, was arrested in Ripley on the estate of Sir William Ingleby. He too was put to death at York. Fr. Matthew Flathers was also caught while in Nidderdale and in 1608 suffered the same fate on the Knavesmire.

Little is known of priest working in the area in the following years, although we find that Fr. William Pearson arrived in England after ordination in 1658 and spent some time with the Messenger family, recusant Catholics who then owned Fountains Hall. In 1692 another priest, Fr. William Hardcastle, ordained by 1670, also spent some time as chaplain there. Fr. Augustine Smithson came to England in 1661 and spent some time with the household of Sir Solomon Swale at South Stainley. We know too of Fr. William Dinmore, a priest who had studies at the English College in Rome, and who in 1693 was also serving in South Stainley.

On the road between Bishop Thornton and Markington stands ‘Dole Bank’, another site of interest in the history of local Catholic recusancy. Originally known as ‘Dall Bank’ it was owned in the earlier 13th century by William de Dall. About 1230 he obtained permission from the Chapter of Ripon Minster to establish a chantry in a chapel which he had built in the courtyard of his house. Many years later, in the mid 17th century, another owner, Thomas Berney, found himself cited as a recusant in the proceedings connected with the fines and appropriations exacted by the victorious Parliamentary party after the English Civil War. Dole Bank is of particular interest in that what is described as a ‘nunnery’ was founded here in the later 17th century by certain recusants, including Sir Thomas Gascoigne of Barnborough Hall. The nunnery is said to have been completed by 1677 but the allegations made by Titus Oates and others in the ‘Popish Plot’ disturbances of 1678 resulted in renewed anti-Catholic agitation which soon brought the venture to an end.

As we arrive at the end of the 17th century, some one hundred and fifty years had passed since the Collegiate Church of Ripon was dissolved and the medieval Catholic community, whose spiritual home it was, came to an end. Several generations of English men and women had grown up knowing nothing except the church of the Reformation. Yet, as we have seen, a remnant, representative of the old Catholic religion of the medieval Minster parish was never totally extinguished. In the century to come the members of this remnant would grow in confidence and practise their faith with increasing openness until they were at last able to erect the new chapel of Bishop Thornton in which their successors still worship.