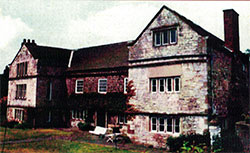 The Wilberforces of Markington Hall, an early 17th century house similar to the Deanery at Ripon, have been associated with St. Joseph’s for many decades, William (1798-1879), eldest son of the great emancipator of the slaves, became a Catholic in 1863.

Their home, and later a converted outbuilding, became a centre for Masses until the early 1990s. Besides being generous supporters of the parish, members of the family were responsible for two of the church windows. 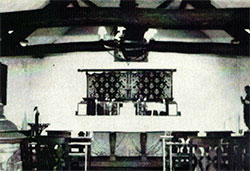 The chapel, now a workshop

The ‘Mary Ward’ window tells much of the story of Catholicism in the parish over more than 400 years, while the ‘Cardinal Newman’ window may be seen as celebrating Newman’s friendship with, and spiritual influence on, the convert William Wilberforce. 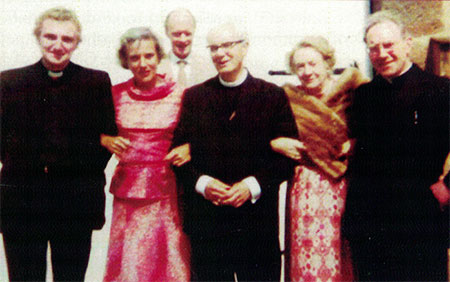